There was this question from a community member the other day:

A reader gave a translation that I agreed with (although later it turned out that we were both wrong T_T):

A discussion followed, and it occurred to me just how many meanings the word うち has.

I initially misjudged that sentence above, thinking that うち was meaning "while." I was also wrong in thinking that 余裕（よゆう）, was being used to mean "extra time" or "free time."

Also, Rei is pretty sure that it would be more common to say ねーよ instead of ねーんだ. Here ねー, by the way, is being used as a super-casual (often rude) alteration of the word ない, "to not have."

With all that in mind, let's take another look:

That's still really difficult, yeah? I think 余裕（よゆう）, which can mean like a million things, is particularly difficult to understand without context.

So let's add some context! Consider the following conversation: 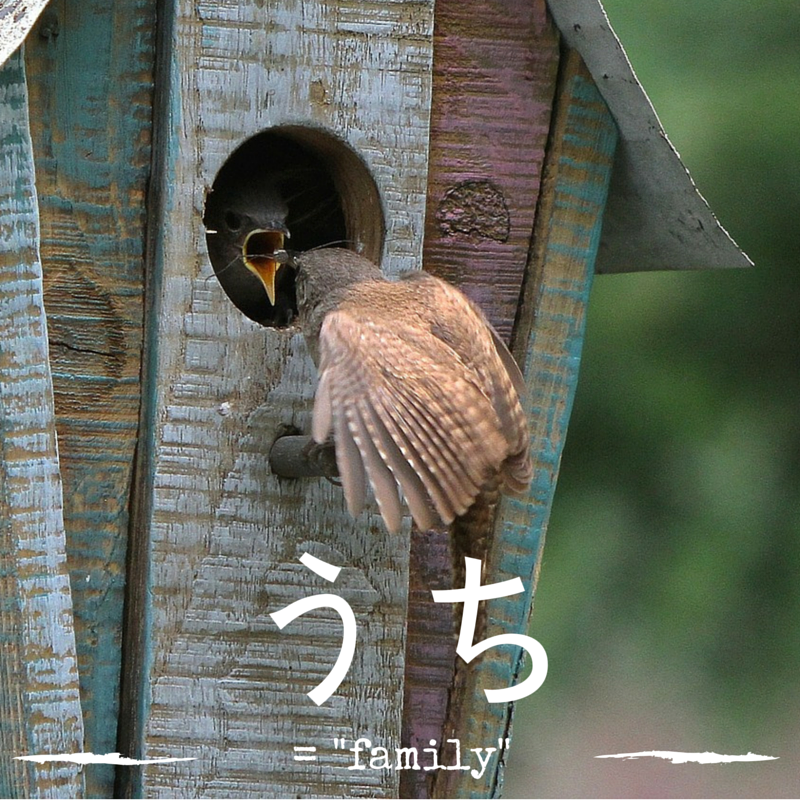 So the meaning of うち we saw above is "family."

The usual words for this are 家族（かぞく） or, more formally, 家庭（かてい）. 家庭（かてい）also shows up as a prefix for other words quite a bit, such as in 家庭料理（かていりょうり）, "home cooking."

Here are couple more examples of うち as "family:"

金持ちのうちに生まれたかった。
かねもち の うち に うまれたかった。
I wish I'd been born into a rich family.
Literally: "rich + の + family + に + wanted to be born."
Note: Since there is no subjunctive mood in Japanese, we can just say "wanted to" when we want to say "wish I had been" or "would have liked to." If a friend goes to Disneyland but doesn't invite you, later you can say: 行きたかった（いきたかった // I would've liked to go; [literally: wanted to go]; [nuance: Thanks for (not) inviting me!]）. 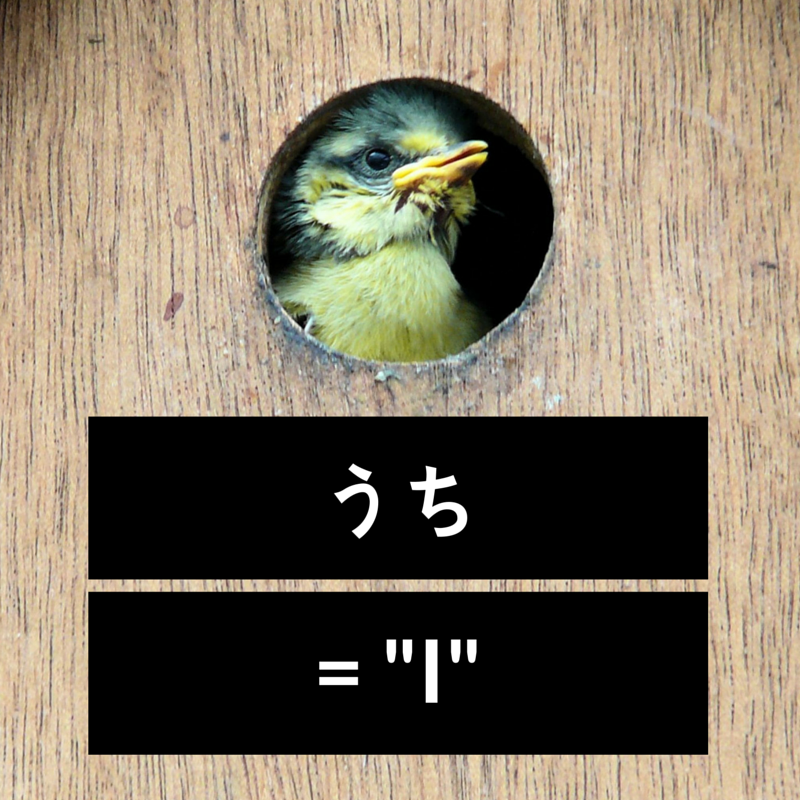 In Kansai (over by Osaka), a lot of girls will say うち instead of あたし or 私（わたし） for "I."

I've also heard a few girls in Tokyo use this, too. So it's not 100% limited to Kansai.

うちはイヤやわ。
I don't want to!
Literally: "I + は + disagreeable + や + わ."
Note: Usually this would be 嫌だ（いやだ）, but (in Kansai dialect), the だ becomes や. Also, わ is a pretty much meaningless sentence-ending particle used by girls. I used to think it was a substitute for よ, but sometimes girls say ～ わよ, so that doesn't make sense. 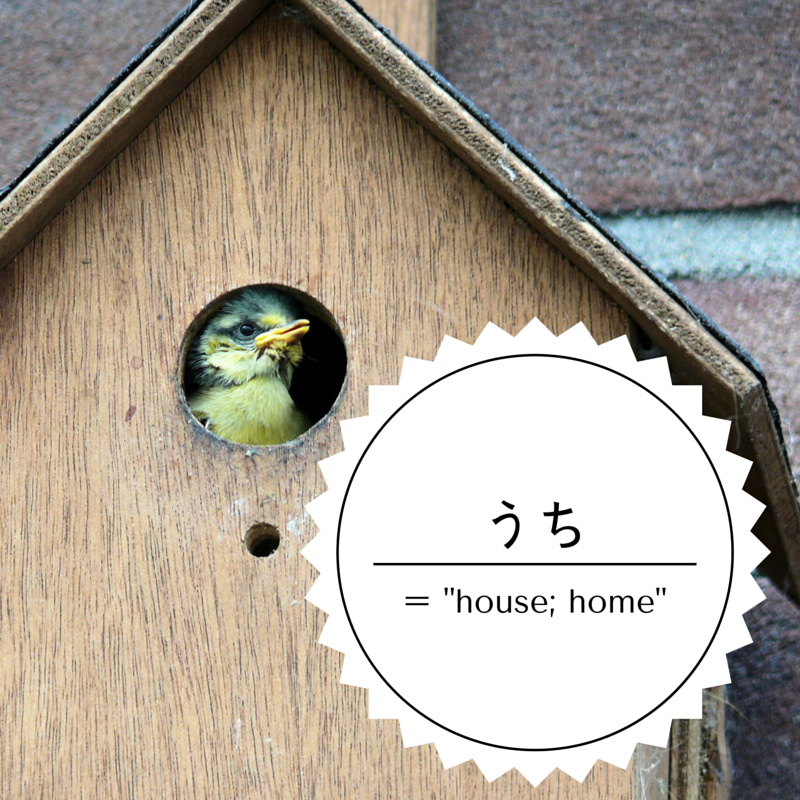 A couple of weeks back, I was checking the audio files for the NDL 1-30 Premium Lesson Pack, which included this sentence (in Lesson #14):

We had both a male and a female doing the sentence recordings. And the male voice actor made a mistake! He said:

The reason this native speaker made a mistake was that, well... it's not really a mistake at all.

To avoid confusion, people usually don't use the kanji 家 for うち, just opting for the hiragana instead.

My understanding was always that 家（いえ）, since it gets translated to "house," means the actual building one lives in. うち, then, would have the less tangible meaning of "my place."

Close, Niko. But not quite. Rei kind of agreed with me, but she added that, to her, the main difference is the casual nuance of うち. So yeah, I guess "my place" works for うち.

Slang Level Up: ～ んち Is Home

Sometimes ～ のうち (in other words, "my place") will get shortened to just ～ んち.

I hear this one a lot. But maybe that's just because Rei uses it:

うちんち来る？
うち んち くる？
Wanna come (over) to my place?
Literally: "I + んち + come?"
Note: Rei said that this phrase, うちんち, is common even for people that don't use うち for "I." It has become a sort of word of its own.

I'll try to tackle the remaining uses of うち:
- Inside (of something)
- Before
- While