If everything I've been saying so far about は and が is confusing, and you don't feel like worrying about subjects, or topics, or any of that stuff, it's generally OK to imagine that は is a big arrow pointing right, and が is an arrow pointing left: 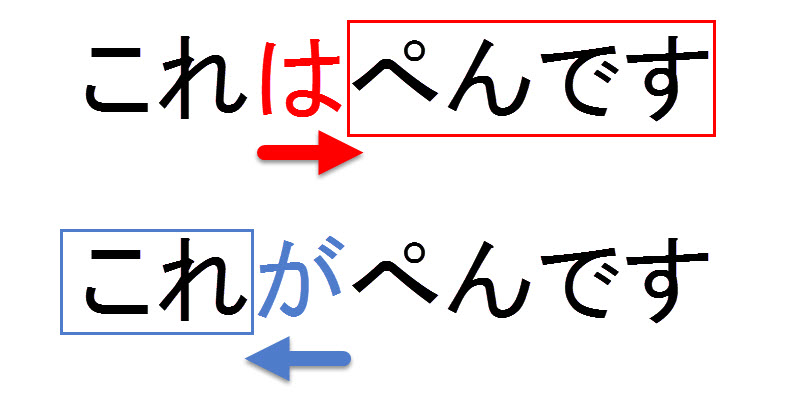 That is, important information ー the "focus" of our sentence, if you will ー comes after は and before が.

After all, developing an intuitive sense of the natural use of particles in Japanese sentences takes many years.

From that perspective, it's a bit cruel to be exploring them in such detail when we're just getting started with grammar. Ideally, however, you'll be able to refer back to this and the previous two lectures from time to time. I think you'll find that it all starts to make a lot more sense as you get better at Japanese.

Even when は and が do start making sense, though, you will still probably mess up your usage of these particles quite frequently.

The good news: Nobody cares.

I feel that dragon's pain.

If you take one thing away from these lessons about は and が, I hope it's this: Stressing about how to use these particles accurately is a massive waste of time.

I think trying to understand them is a worthwhile activity, but even time spent doing that is not as valuable as, say, learning some new vocabulary, asking a teacher how to say something you want to say, looking at some natural sentences created by native Japanese speakers ー you get the point.

Hey, speaking of natural sentences, let's look at some simple ones that you can start using 今すぐ (いますぐ // right now)...