Last week, in this lesson, I talked a bit about transitive and intransitive verbs in Japanese.

After getting a little feedback from cool people on the community page (link below), I started thinking about this a bit more.

Remember my first-ever daily lesson? I talked about how the dental hygienist kept telling me to rinse my mouth out.

Well, every time I finished doing that, she would say: 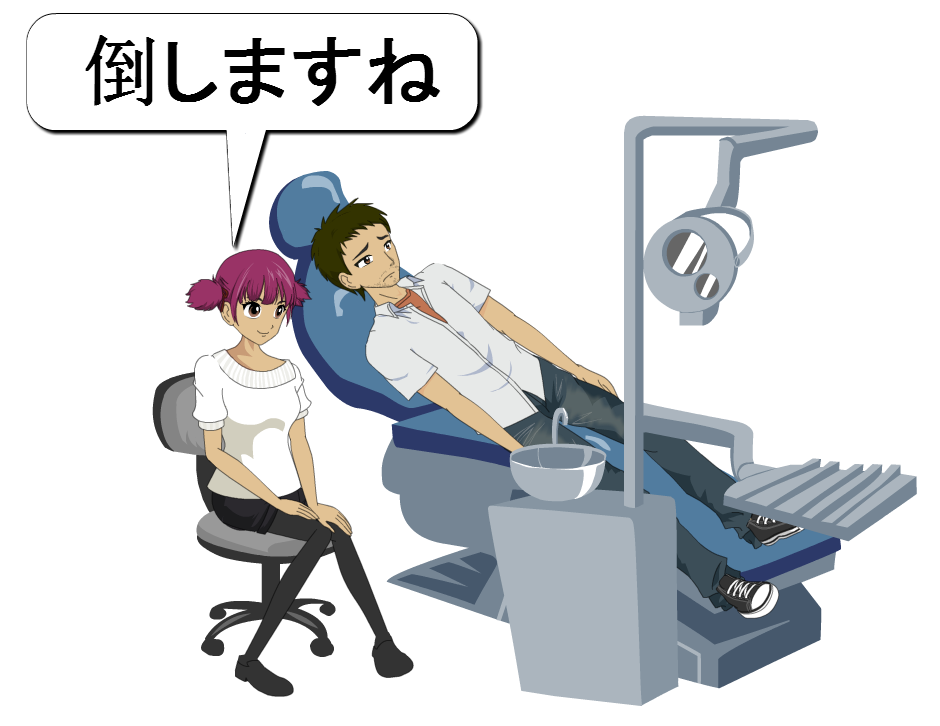 I don't really know how to translate that well, because I don't know what they say at the dentist in English. Basically, she's saying "I'm going to lay you down," I guess. But in Japanese, they use the verb:

Now for the ultimate quiz question: Is 倒す (taosu) is transitive or intransitive?

I have no idea what words are object or indirect objects or direct objects. Maybe if I spend ten minutes thinking about it, but not in the 2 milliseconds that I have to form a sentence in a Japanese conversation.

Well, yeah, that's true, because を (o) is the "object-marking particle." So if you hear を (o) being used, then the verb it's with is a transitive verb (always... I think).

But this doesn't help us in making our own sentences.

And half the time, in Japanese, people don't even say the particles.

For example, a ninja anime character might use the verb 倒す (taosu) when saying that they're going to "take down" their opponent or enemy: 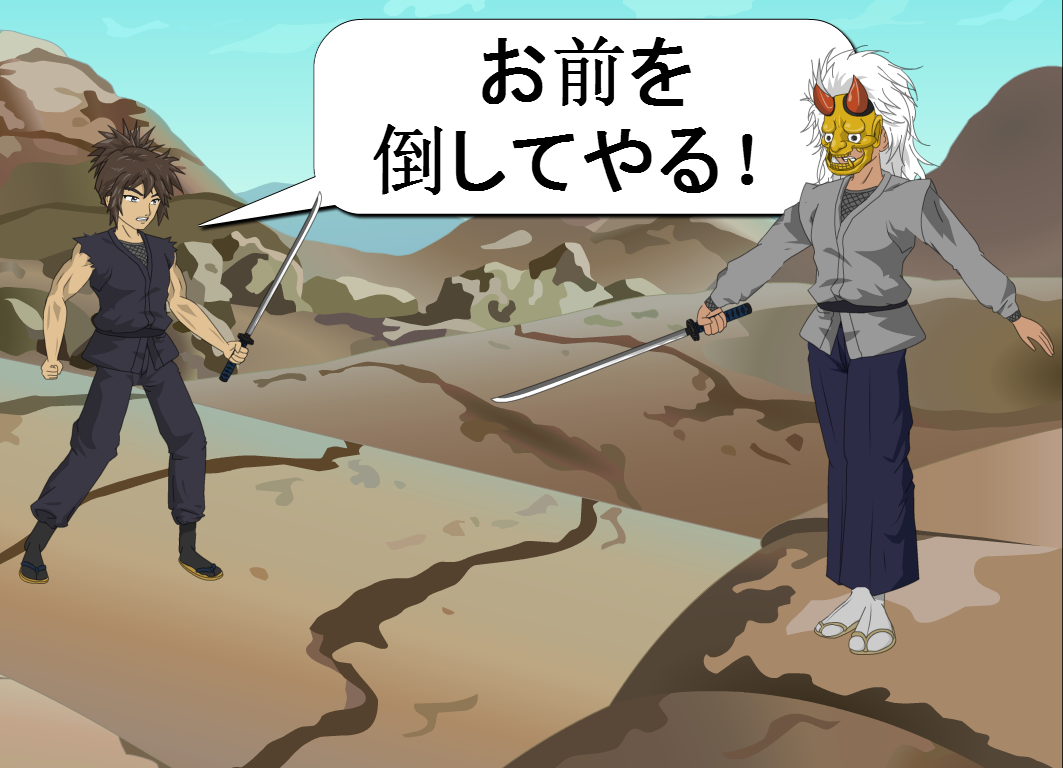 お前を倒してやる！
omae wo taoshite yaru!
I'm gonna take you down.
(Literally: "You + を + knock down + give!")
(Half-literally: "I'm going to give you the gift of beating your ass.") 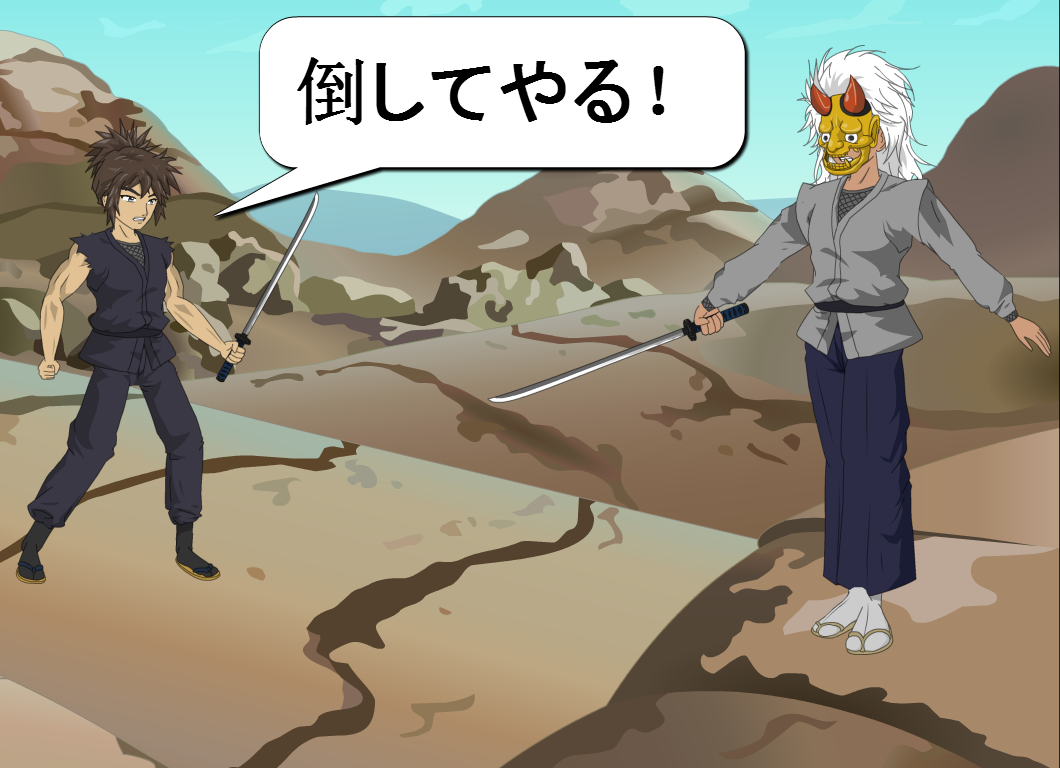 倒してやる！
taoshite yaru!
You're going down!

So I don't know what words are objects.

I don't always have particles to help me.

Back in August, I fell and broke my jaw in Vietnam. And about two years ago, I fell and got several stitches on my face in Tokyo. (I wrote a fun article about it here).

When I tell the story of how I fell down, I don't use the word 倒す (taosu), "to knock down; to put down."

Rather, since the action of falling was both done and received by me, I say: 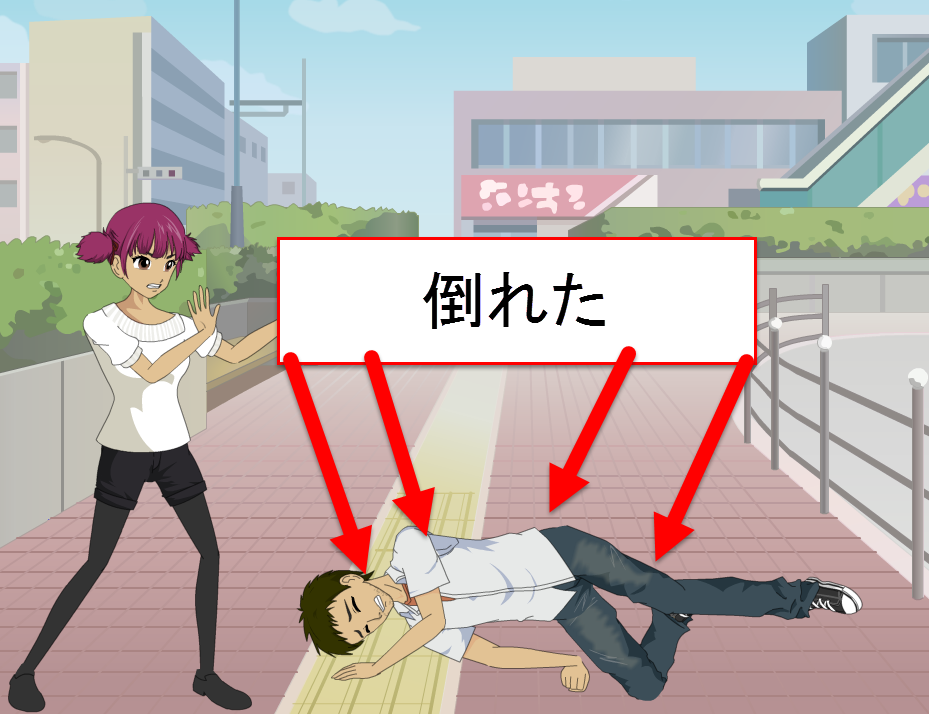 This is the simple past tense of the verb 倒れる (taoreru), "to fall; to come down; to topple; to collapse."

#1 (mentioned above) is learning naturally.

Well, I learned this naturally because I had to explain why I was stupid enough to fall on my face... twice. (Side note: they say "fall from the face" in Japanese, which I explained in this article.)

#2 is about noticing patterns in the language.

I haven't been able to find a nice clean rule for all transitive and intransitive verbs, but I do notice common things.

For example, the transitive verb 倒す (taosu) is ending with す (su) in the dictionary form.

After hearing a ton of verb couples like this, I'm starting to think that intransitive verbs never end in す (su)?!?!

消す VS 消える
kesu VS kieru
to turn off VS to go off; to disappear

This doesn't, however, mean that all verbs ending in る (ru) will be intransitive, though. There are still a bunch of horrid exceptions to that rule that never was:

Words like these last two always make me want to say that transitive verbs end in -eru, but our evil friend 倒れる (taoreru) won't allow for that.

Guess we'll just have to pick this stuff up naturally over time.

戻し方わかんない。
もどし かた わかんない。
I don't know how to put it back.
Literally: how to return + don't understand
Note: For example, if you bring up some weird page on a computer, and you don't know how to turn it back to normal.

砂糖入れる？
さとう いれる？
Do you want to put sugar in it? // Are you going to add sugar?
Literally: sugar + insert?

中入ってるね。
なか はいってる ね。
I'm already inside. // I'll be inside.
Literally: inside + is inside
Note: For example, when meeting someone at a restuarant, and you go inside before them.

もうすぐスーパー閉まっちゃうよ。
もうすぐ スーパー しまっちゃう よ。
The supermarket is gonna close soon!
Literally: soon + supermarket + will close + yo
Note: The nuance is, "...so hurry up!"