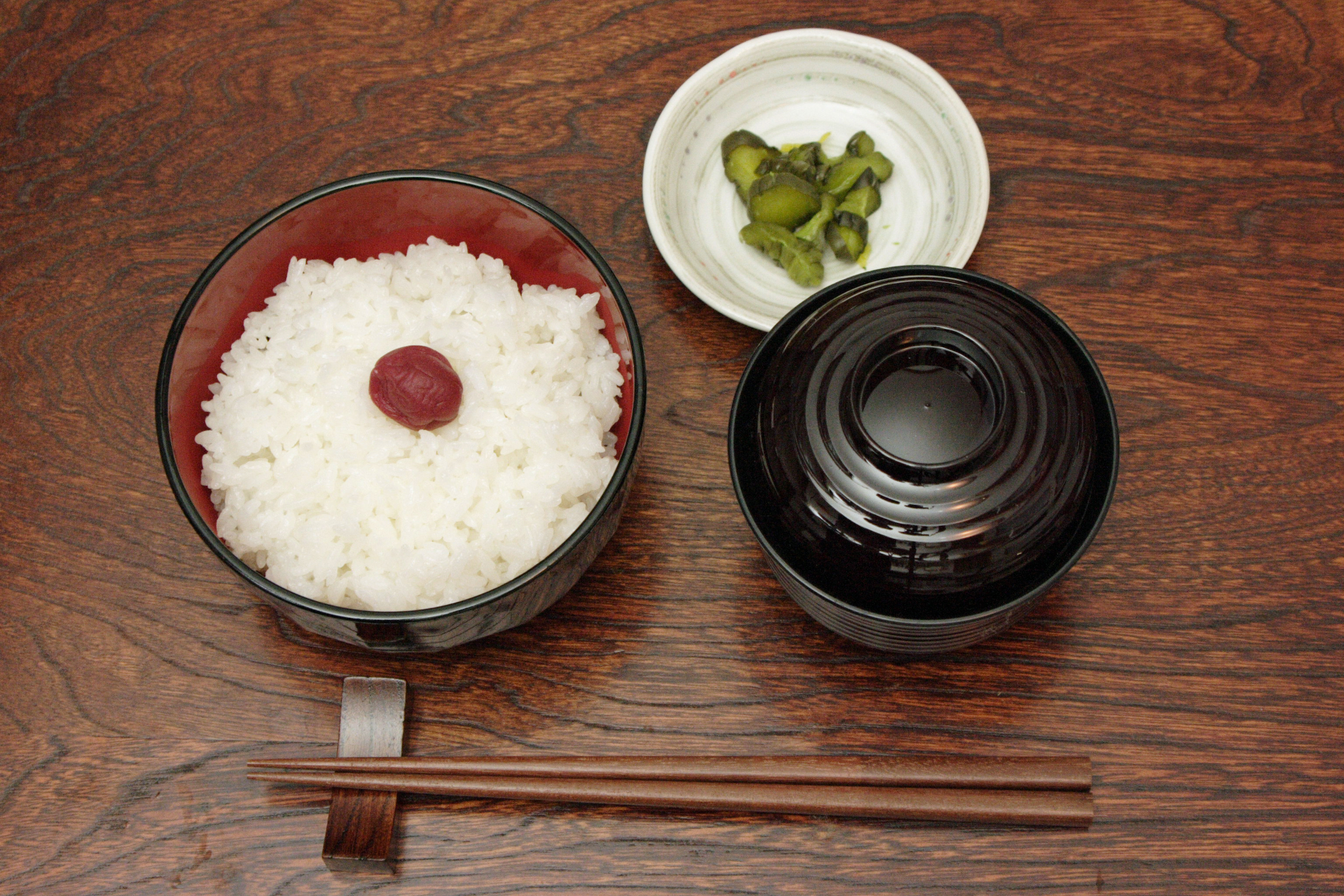 I start thinking about that, and I wonder, if I say something like:

And I trip on that little bit of Japanese. Well, it could mean both, but if you want to say, "I like rice," then yeah, you'd say ご飯が好き (gohan ga suki).

But what about the nuance? People probably picture white rice, but if you specifically wanted to say "white rice," then suddenly you have two options:

There was a 6-month period where my idiot brain decided to chop the い (i) off of 白い (shiroi), by the way, so I went around saying 白ご飯 (shiro gohan) to everyone.

Then, finally, Rei's like, You know that's not a word, right?

If we're at the grocery store, and I say: 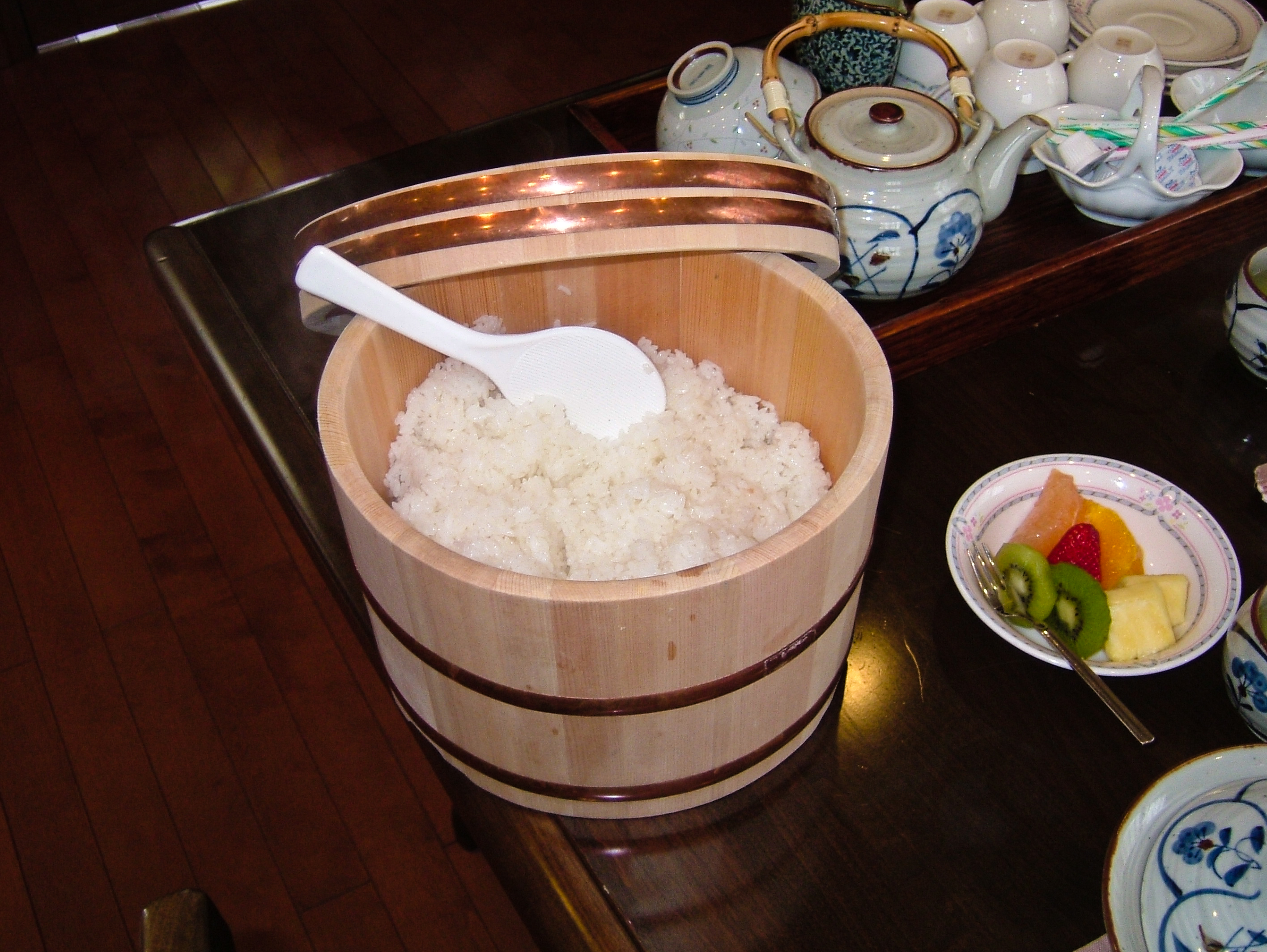 And "uncooked rice" in general is called 米 (kome), in general, although you could also say 白米 (hakumai) when pointing out (uncooked) white rice: 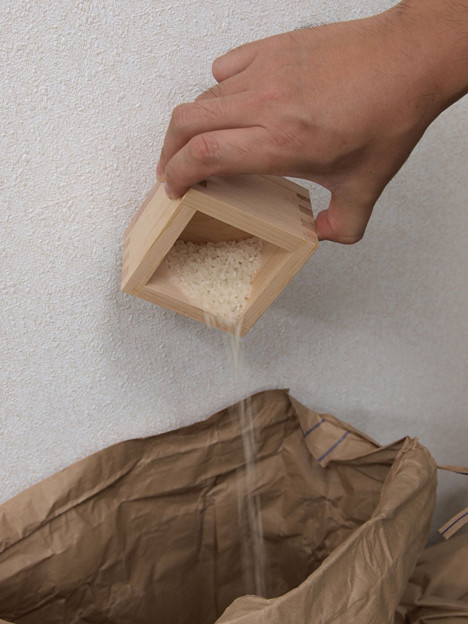 My failure to master this mysterious rice language is doubly shameful, as I was born and raised in "the rice country." The commonly used word for America in Japanese is アメリカ (amerika), but the kanji version is 米国 (beikoku), "rice + country." The word 南米 (nanbei, "south + rice") means "South America" (and this one's even quite commonly used).

Yeah, all kinds of countries have kanji, even if they don't teach you that in school. Then you're in some government office, filling out a form, and BOOM--kanji everywhere.

On a tastier note, one uber-delicious type of rice is チャーハン (chaahan), "fried rice:" 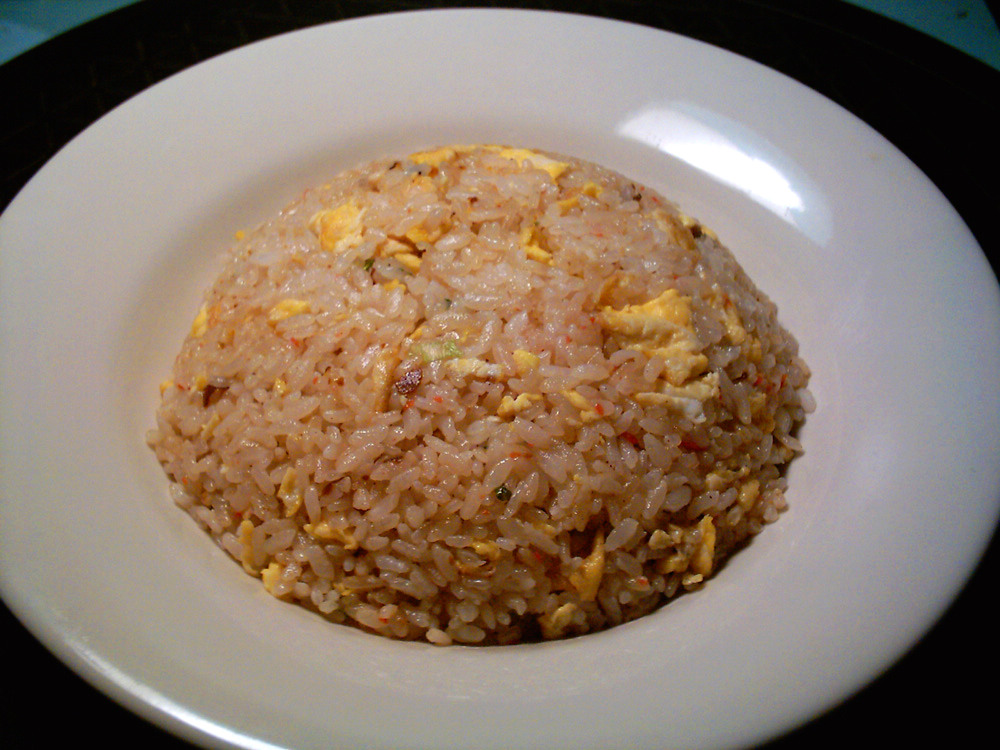 They write this in katakana usually (who knows why), but the kanji are pretty cool: 炒飯 (chaahan). The kanji 炒 shows up in 炒める (itameru), which means "to stir-fry."

This is not to be confused with the painfully similar kanji 炊, which shows up in 炊く (taku), which is the verb for "to cook rice (in a rice cooker)." This makes sense, because that same kanji shows up in the word for "rice cooker," 炊飯器 (suihanki), the "rice + cook + container:" 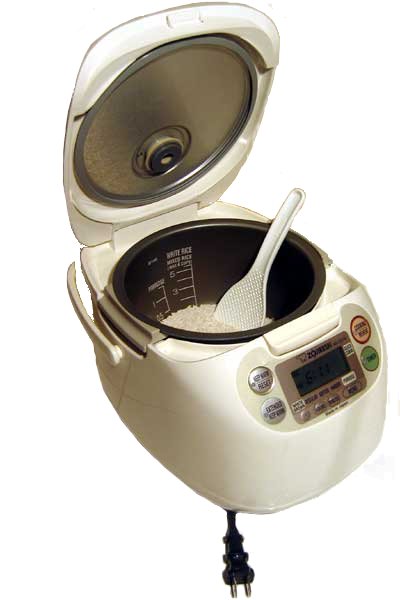 The kanji also shows up in the word 自炊 (jisui), "self + cook rice," which means "cooking by oneself," usually showing up as 自炊する (jisui suru), "to cook one's own food."

90% of these are words that I learned very late in my Japanese studies, because I had lots of access to textbooks and flashcards, but very little access to Japanese people. Seriously, I passed JLPT N1 before I knew the words 自炊 (jisui) or 炊く (taku), for example.

That seems strange, because now I hear them all the time, whereas a word like 新米 (shinmai), "new + rice," which means "new person (e.g. in a company); newbie," was one of the first words I learned in Japanese (maybe in Genki I? I forget).

But I very rarely hear that word, let alone use it... although I think I used it last week. I made Rei write an example sentence with it:

この子新米だからいろいろ教えてあげて。
kono ko shinmai da kara iroiro oshiete agete.
She's new, so teach her a bunch of stuff.
(Literally: "this + kid + newcomer + is + because + various things + teach + give" [sorry for the long example].)
(Note: This 子 [ko] means "kid," but it often means "boy" or "girl." I hear guys saying it about girls they or think are cute all the time.)

Looking at this lesson, I am struck with two thoughts:

1) When in the world did I learn all of this Japanese?

Because honestly, it seems overwhelming reading this--and I wrote it myself! But I just picked all of this information up naturally by having fun in this language, paying attention, and making note (and flashcards) of new stuff I didn't know. It's a game that will never get old, because:

2) There is such an incredible depth to every language.

There is always more to learn--even if I got better than the average Japanese adult, there would still be more to learn. So we have to enjoy the learning process, yeah? It will all come together eventually.

アメリカ行きたい。
アメリカ いきたい。
I want to go to America [the US].