17 - I can't understand this fully

On January 1st, New Year's Day, I went with Rei to her family's house in Kamata, Tokyo.

In general, for New Year's, we'd say お正月 (oshougatsu), but that's more so the "end-of-year/beginning-of-year holiday."

Anyways, we went to Rei's mom's house, and we had lunch with relatives.

Specifically, the lineup was:

I say Korean for her mom and aunt, but they've both been in Japan for like 30+ years... so yeah, let's just say Japanese.

For any of you that have learned a second language already, you will know that there are few things harder than participating in a group conversation with several native speakers.

It's especially difficult if that group of speakers knows each other extremely well (e.g. family or close friends), because they'll mention things, people, and places that you don't know.

Long story short, I was struggling to keep up.

I don't mean for this to be discouraging, because even being at this level is really exciting for me. Yeah, I was struggling to keep up, but I was keeping up. And I wouldn't have been one or two years ago, most likely. Progress!

Also, one thing in particular made me a little less self-conscious about my Japanese: Everyone made fun of Rei's uncle's Japanese.

He has one phrase in particular that he loves to use:

To be clear: People don't say this.

Well, except for Rei's uncle, that is.

His explanation was that he doesn't want to say 分からない (wakaranai), "I don't understand," because he does understand a little bit.

So he adds きらない (kiranai; literally, "to not cut") to the end, which gives the nuance of "I don't understand completely." In other words, he understands a little bit.

Most Japanese people would just say: 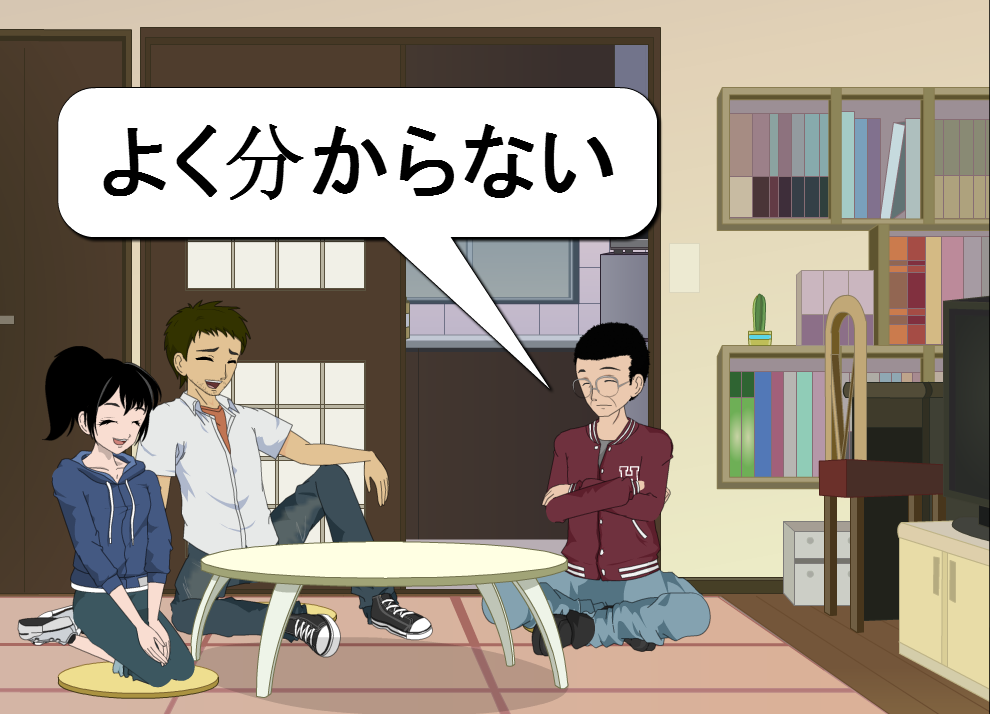 With a more casual pronunciation, by the way, this ら (ra) will morph into an ん (n): 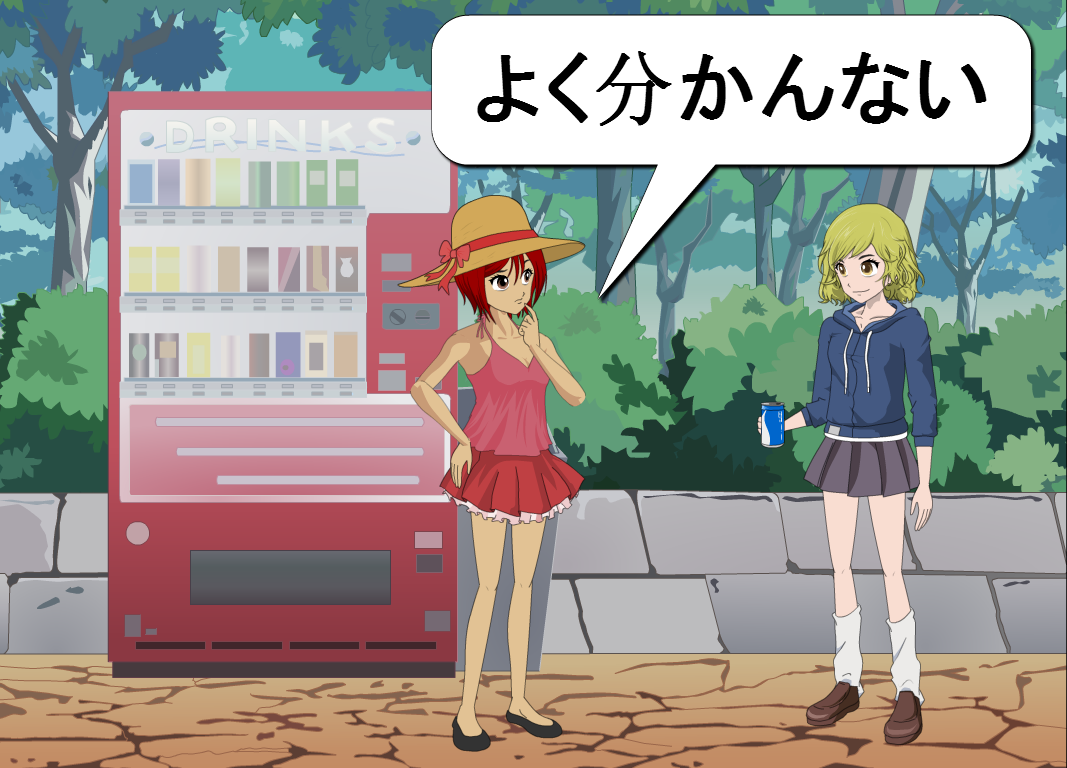 If you try to say 分からない (wakaranai) really quickly, this change should feel natural.

To be honest, I didn't really see why everyone was giving him such a hard time about it.

I mean, it makes sense to me.

For example, if you want to say that you can't eat all of something, you would say: 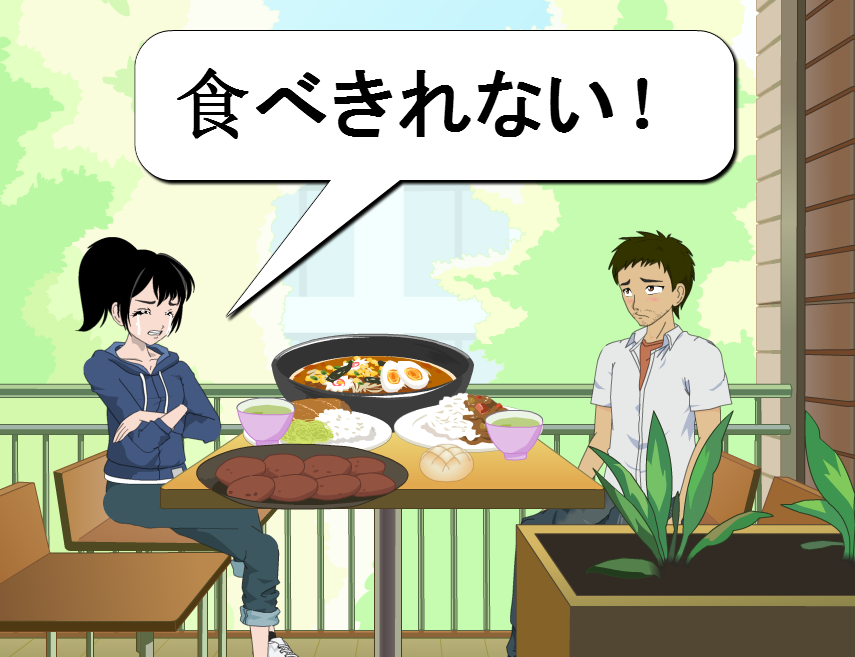 (Note: This is きれない [kirenai], not きらない [kiranai]; I have no idea why. Actually, I thought that Rei's uncle was saying 分かりきれない [wakarikirenai] at first, because I just assumed it was the same as this construction. If you're going to memorize one of them, memorize きれない [kirenai].)

Or this one time, I wanted to say "too many to count," and I said:

数えられない
kazoerarenai
I cannot count them all.
(Literally: "cannot count")
(Note: I wanted, but failed to say, "there are too many too count.")

数えきれない
kazoekirenai
There are too many to count.
(Note: I have no image for too many things to count T_T)

I think that saying the negative potential form, 数えられない (kazoerarenai) sounds like I am unable to count numbers. So yeah, let's avoid that. Rather, 数えきれない (kazoekirenai) is just a cool way to say that there are so many of a thing.

As a quick reminder, we make this construction by attaching ～きれない (kirenai) to the -masu stem of verbs: 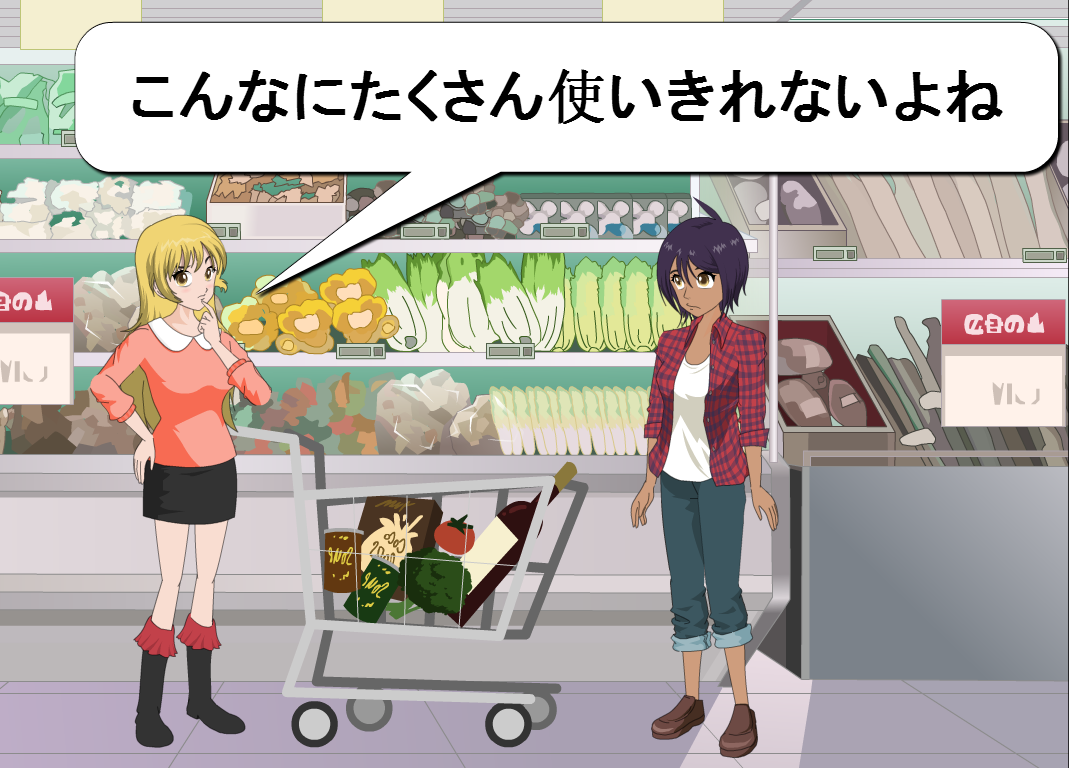 こんなにたくさん使いきれないよね
konna ni takusan tsukaikirenai yo ne
There's no way I can use all of these (because there are too many).
(Note: For example, if you bought way too many spices at Costco or something.)

Honestly, I wouldn't worry too much about conjugation rules here, because there are very few verbs that use this construction other than these three (and maybe also 飲む [nomu], "to drink").

Also, don't worry too much about saying weird stuff, because if you own your self-made Japanese (like Rei's uncle), you'll just look cool and confident (or old and uncool... I don't know).

おばさんにお小遣いもらった。
おばさん に おこづかい もらった。
I got some money from my aunt! // My aunt gave me some money.
Literally: Aunt + ni + allowance / small money + received.

おじさんから電話だよ。
おじさん から でんわ だよ。
Your uncle is on the phone. // Your uncle is calling for you.
Literally: Uncle + from + phone + is + yo.

もう飲み切ったの？
もう のみきった の？
You already drank all of it?
Literally: already + drank up + no?