Journeying around Tokyo, you'll probably see lots of signs like these ones: 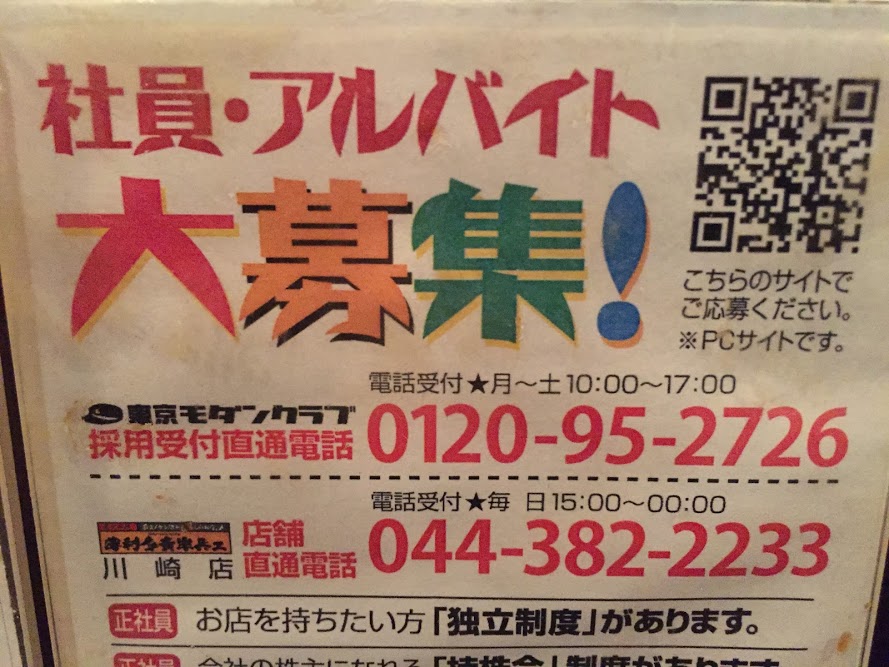 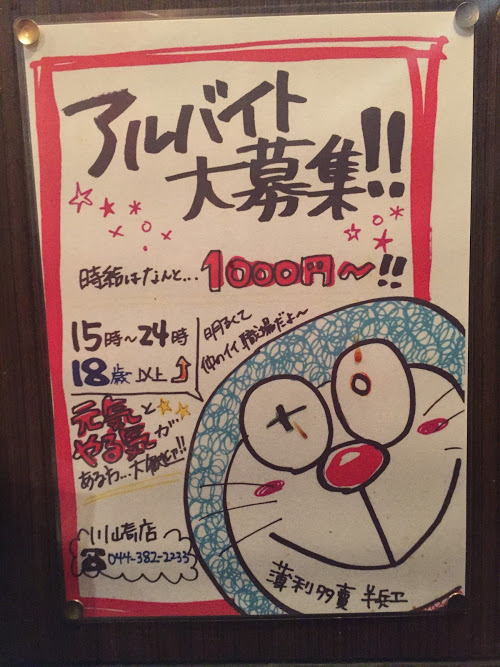 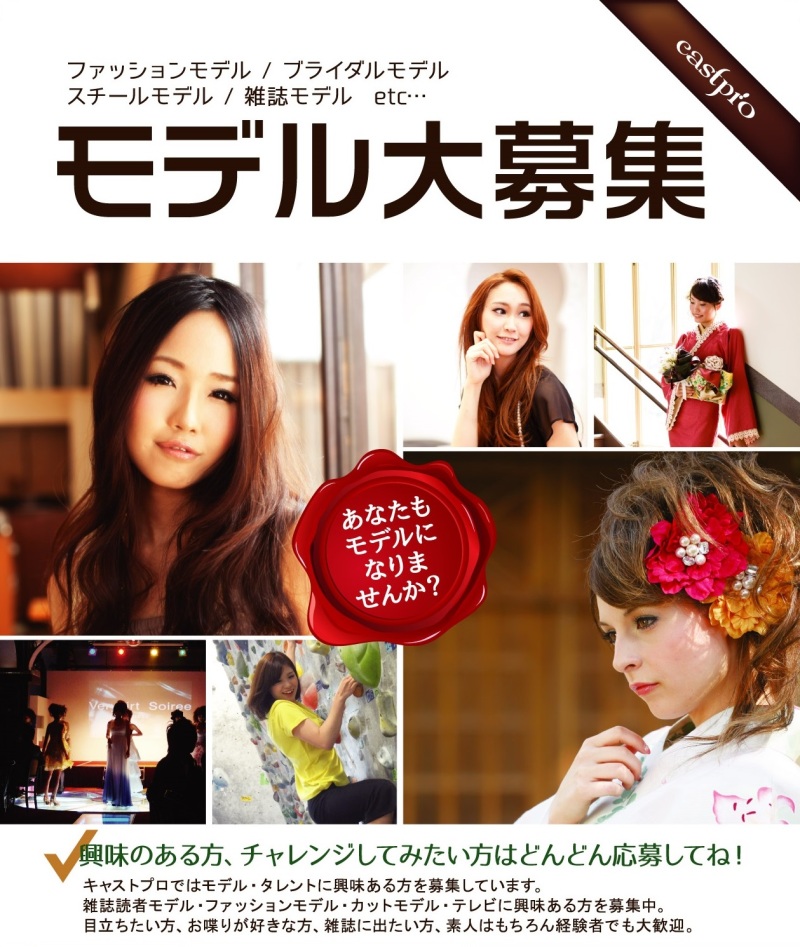 First, let's get this word out of the way: 大募集 (daiboshuu), translated literally, means something like "big + recruit + gather." 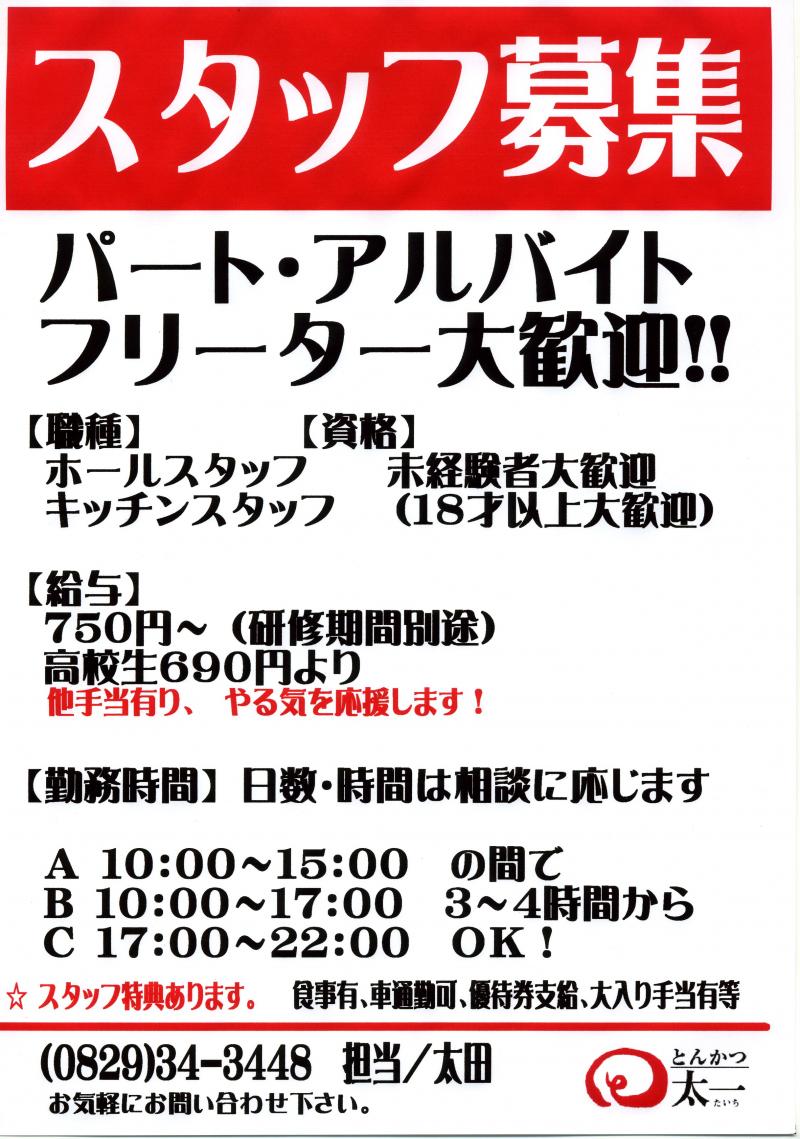 In a full sentence, we'd attach する (suru) to this word:

I don't really see this too often, but that's probably because signs almost never have complete sentences.

When you put 中 (chuu) onto the end of a word, it means that you're in the middle of doing that word. A good example is 考え中 (kangae-chuu), which means "(I'm) thinking about it now" (we just looked at 考える [kangaeru], "to think," yesterday!).

Now for the tricky part.

What I really want to talk about is the following employment-related words that show up in the posters above:

First, here's what a Japanese-English dictionary will tell you that these words mean:

Now, I'll tell you the real meanings, which it took me years of trial and error (and saying stupid stuff) to figure out...

#1 - 社員 (shain)
The closest English we have to 社員 (shain) would probably be something like "a salaried worker with benefits." If you're a 社員 (shain), literally, "society + member," then you're very unlikely to be fired from your job, and your company probably pays for your insurance. It's also common to see 正社員 (seishain), a "correct + society + member," which appears to be exactly the same thing.

#2 - アルバイト (arubaito)
アルバイト (arubaito), often shortened to just バイト (baito) is a German loan word that does NOT mean "part-time work" or "part-time worker." You could work 40+ hours a week in an アルバイト (arubaito), and it would not be strange. But you're probably not getting benefits, you might even be getting paid hourly, and people will not think that you have "a good job." It's also quite similar to our next word...

#3 - パート (paato)
パート (paato) means pretty much the same thing as アルバイト (arubaito), but the nuance is different. Job ad posting companies like Town Work (a job magazine) have declared that a パート (paato) is basically an アルバイト (arubaito) for housewives that don't have "real jobs," whereas the nuance of アルバイト (arubaito) is probably a young person working full- or part-time but is not yet a "member of society," so to speak. Again, these jobs have nothing to do with hours worked.

#4 - フリーター (furiitaa)
I suppose the English translation of "a young person subsisting solely on アルバイト (arubaito)" is not a horrible definition for this word. It's a borderline insult to call someone a フリーター (furiitaa) in Japan, I guess because the nuance is that they're making no effort to become a 社員 (shain), a "(working) member of society."

So what, then, does this sign we saw earlier actually mean:

The basic nuance of this is that you're welcome to apply even if you're a housewife (パート), or a college student or graduate (アルバイト), or someone with limited work experience and/or a second job (フリーター).

To make matters even worse, if you come to Japan on a work visa as an English teacher, you won't fall under any of these categories. When I worked at a company in Japan, I think I was classified as a "contracted freelance worker," or something like that. I don't know. It wasn't the best deal--that's for sure.