If you've been subscribing to our daily lessons for a while, then you might remember these lessons about the many meanings of うち：

Reading through those, you'll see that this "word' has roughly five different meanings. Ridiculous!

Just look at this dictionary entry: 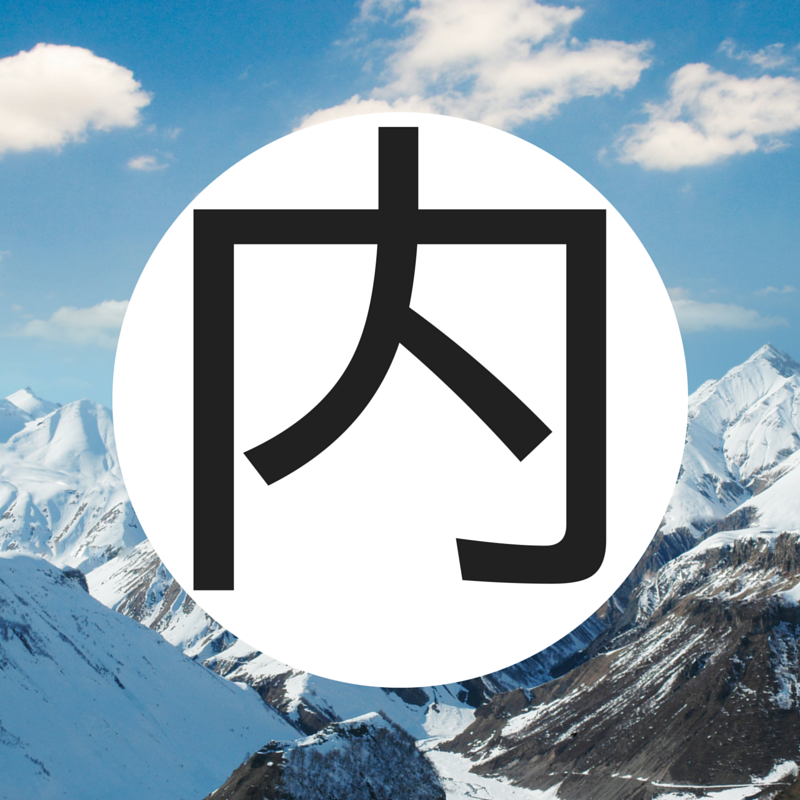 内
うち
inside; within; while; among; between; we; I (feminine)

This is why I have a violent love-hate relationship with Japanese-English dictionaries.

Yes, we've been studying all kinds of JLPT grammar this whole time. I rarely mentioned it, though, because I always forget which grammar points go under which levels.

Intro to うちに
(Excerpt from Lesson #97)

When used as a grammatical element, うち（に）means something like "while it's still."

I have one perfect sentence for memorizing this one:

We use this うちに kind of like the "while" in this sentence:

In Japanese, we say:

The cool thing about this is that the next time you're with someone getting some hot food, you can be like, Yo, eat it while it's still hot!

Props to my past self.

Only one problem: That example sentence is pretty casual... meaning it's a little different than the sentences you'd likely get in a JLPT test.

But no worries, friend. I have lots of other examples for us to look at.

First, though, let's look at how we form sentences with this beast.

Words You Need for This Lesson

I don't usually do this, but let's memorize these words and phrases in preparation for our lesson:

生きる
いきる
to live; to exist
Note: In present progressive tense (生きている), this is used to express, "to be alive." As in, not dead.

冷める
さめる
to cool down; to become cool (e.g. food)

All memorized? Awesome. You're the greatest.

In Lesson #97, I have a sweet breakdown of the word forms that うちに will come after.

It's a bit in-depth, though. So here let's try a simpler version.

Stuff that CAN come directly before うちに
1) Plain present tense verbs, be they negative or positive. In other words, if a verb ends in ～る or ～ない, then you can attach うちに to the end of it.

2) i-adjectives. If it ends with ～い, then go ahead and attach うちに to it.

Stuff that CANNOT come directly before うちに
1) Anything in past tense.
2) Anything ending in ～ます.
3) Nouns (and na-adjectives) not followed by の (or な).

Raise your hand if you hate reading stuff like "NOUN + の + うちに."

Yikes. Well how about this? Let's forget about rules and just look at lots of examples...

若いうちに、たくさん遊んでおきなさい。
わかい うちに、 たくさん あそんで おきなさい。
Have a lot of fun while you're still young.
Literally: "young + while, + a lot + play (and) + do (in advance) (command form).
Note: If you don't understand this おきなさい (which is the verb おく) no worries. We'll get to it.

両親が生きているうちに、できるだけ親孝行をしたい。
りょうしん が いきている うちに、 できるだけ おやこうこう を したい。
While my parents are still alive, I want to try my best to make them happy [to be a good child to them].
Literally: "(both) parents + が + are living + while, + as much as one can + filial piety + を + want to do."
Note: The first time I heard someone say 親孝行, I looked it up in a dictionary and read "filial piety." WTF? It just means being good to your parents, being a good kid, doing what would make your parents happy, etc.

寒くならないうちに旅行に行きませんか。
さむく ならない うちに りょこう に いきませんか。
Would you like to go on a trip before it starts getting cold?
Literally: "cold + does not become + while + trip + に + won't go + か."

Wow. That is a lot of information.

If you can't process all of it in one sitting, then you're like me. Which is to say, you're not a super-genius (I'm sorry to break it to you).

So you might have to do what all of us other non-super-geniuses are doing: Take this one step at a time, at our own pace.

Oh, and let's strive to improve, yeah? Like my homie Les Brown said:

A lot of people say, “But I tried once,” or “twice,” “and it didn’t work out,” and so they use that as an excuse not to ever come out again.

Even if things don’t work out, even if I experience defeat or failure, that does not make me a failure.

There’s a difference between failing and being a failure.

If things don’t work out, if you don’t produce the results you want, that’s all, but don’t confuse who you are with the results that you produce.

Do what you can where you are with what you have, and never be satisfied.

Yeah, don’t get satisfied with yourself. Always know that wherever you are, you can enjoy more, that you deserve more.

Why don’t you decide now that you can expand your world, that if other people can learn you can learn, too.

By the way, you should listen to Les Brown speeches whenever you're feeling low on motivation. They're awesome. Look up "motivational speech" or "motivation" on YouTube. He'll be in like half of the videos.