とおり（に）is used in sentences to say "the same way as" or "just as."

For example, you could say:

It is worth noting the many meanings of the verb 通る (とおる), also. One dictionary says:

Man, dictionaries are scary. Maybe we can just remember it as "to follow a certain path."

The word coming directly before 通り can be a verb in plain form or a NOUN followed by の.

Well, hold on a second.

とおり can also come directly after a NOUN, without including の at all.

When this happens, the pronunciation changes from とおり to どおり：

通り can also mean "Street," "Avenue," etc. In such cases, it will be attaching to the end of the street's name. In other words, it will be directly attaching to a NOUN, which means that the pronunciation is どおり and not とおり.

In a recent lesson, for example, we were talking about 明治通り (めいじどおり), which we could translate as "Meiji Street" or "Meiji Avenue," if you like. Although even in English, I tend to call it "Meiji-dori."

Or my workplace used to be on 靖国通り (やすくにどおり), "Yasukuni Street" in Shinjuku.

One of my favorite shrines, 花園神社 (はなぞのじんじゃ // Hanazono Shrine) is tucked away behind some buildings just off that street. 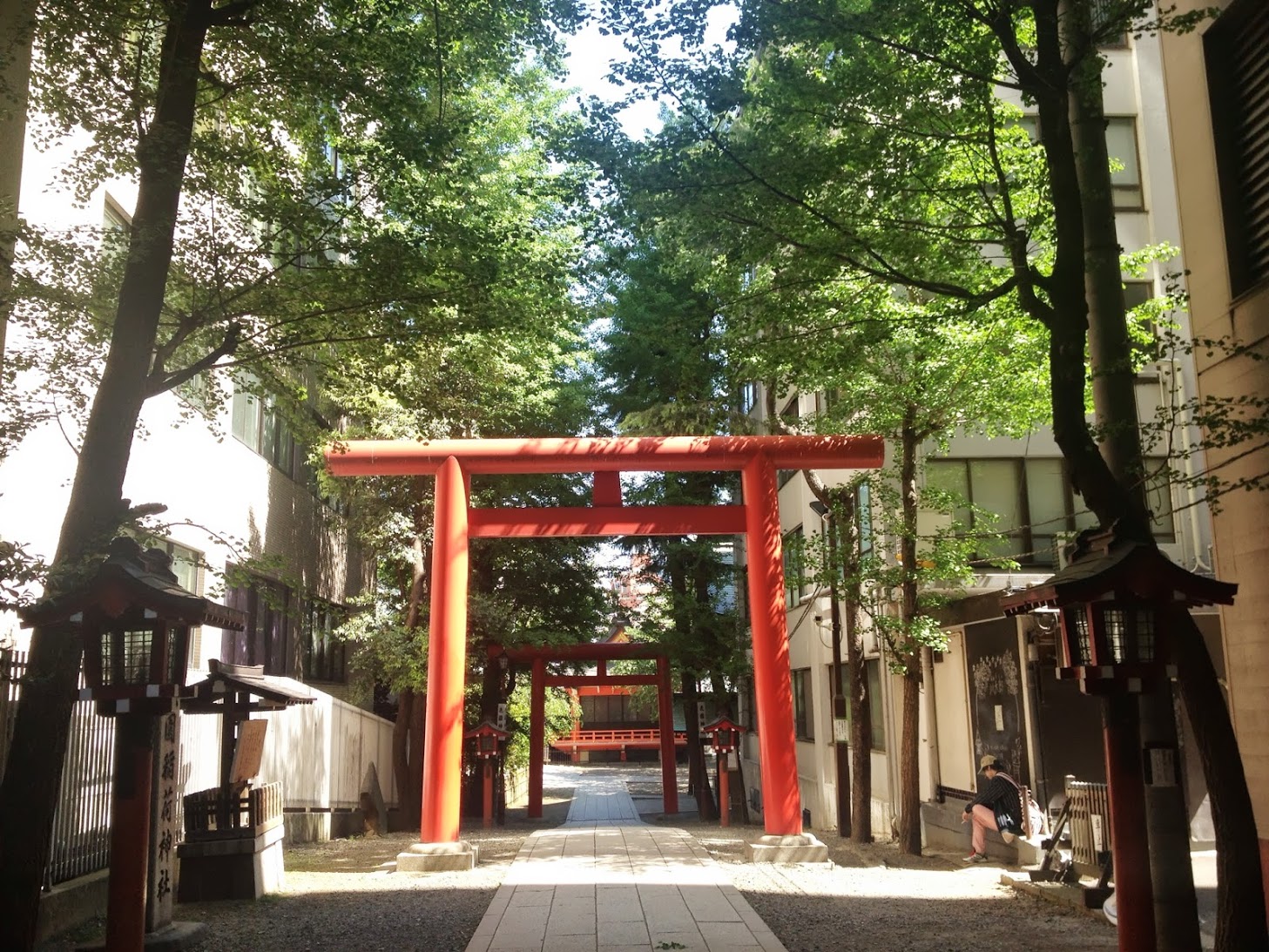 One summer night some friends and I were sitting on the steps of Hanazono Shrine late at night, chatting and having some beers. An Canadian girl who was traveling in Japan asked to take our picture. I wish I'd asked her for it because I suspect a picture of six random people chilling on the steps of a shrine in the center of Tokyo late at night would have been pretty cool. 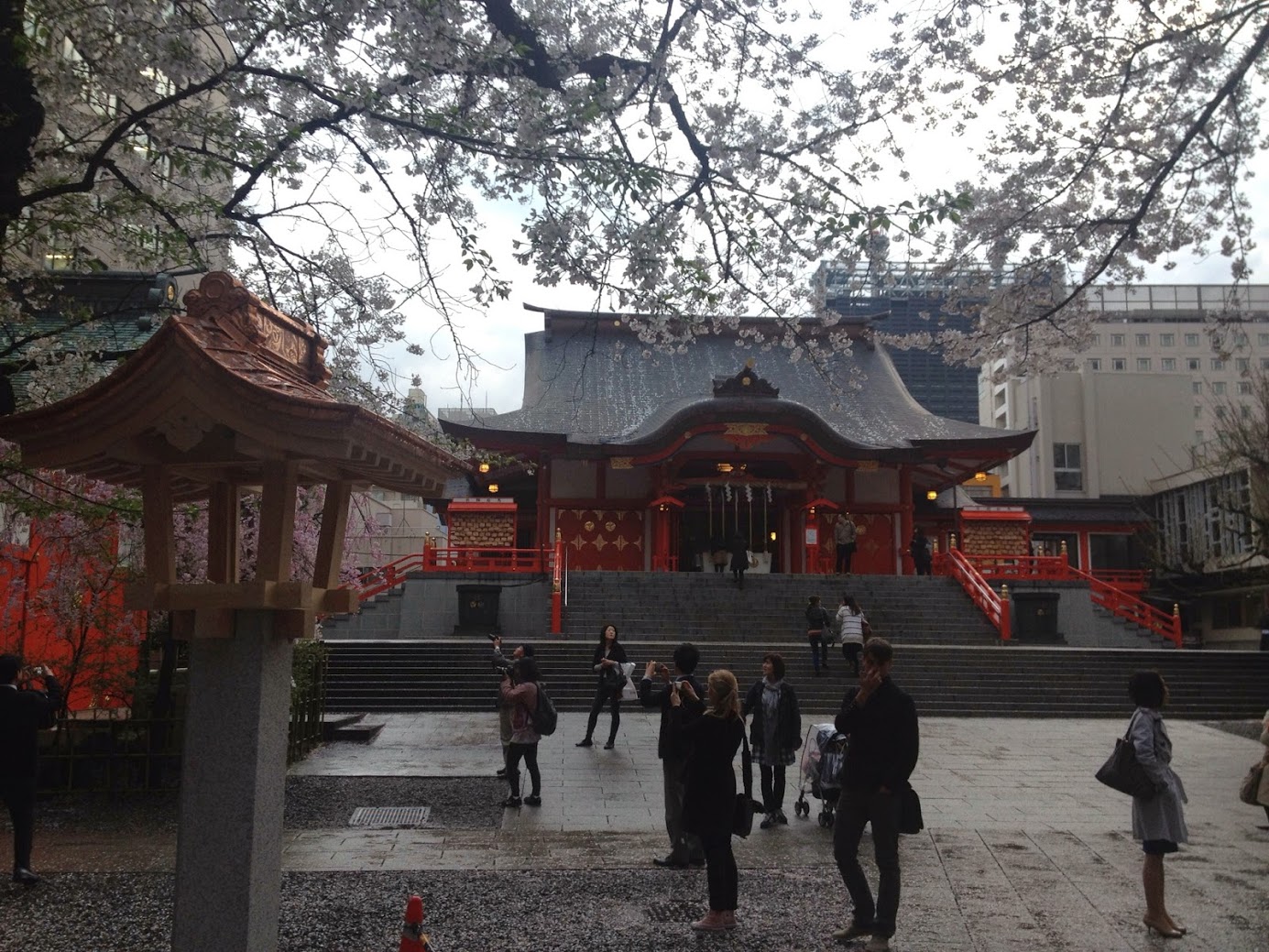 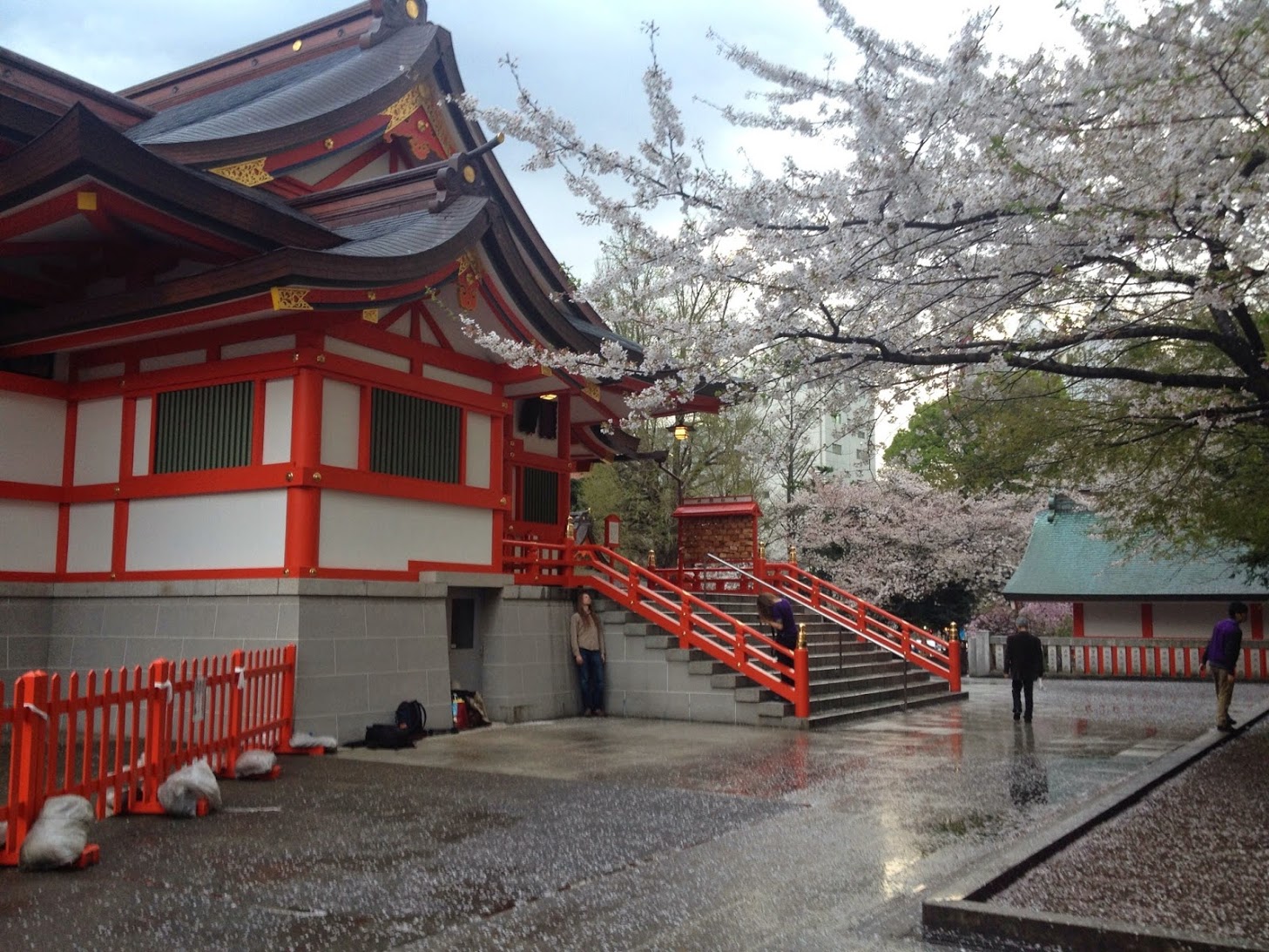 ( ↑ Hanazono Shrine's also not a bad spot for 5 minutes of cherry blossom viewing.)

Anyway, I'm digressing. The lesson's over! You're done. ^^