For those of you who don't get my (actually not so funny) joke, check out this lesson.

Now, we talked a little about 間/あいだ in the last lesson and I told you that there are two main ways of use. Today let's take a look at the second use of our little word that transcends space-time:

Note: At first glance, the only difference is that に is attached to it's behind.

But that little に gives it quite a different meaning.

間に is used when something occurs at a specific time within a given period of time.

This makes it different from 間 (without に), which is used when something occurs throughout an entire given period of time.

For example, in the last N4 lesson we had:

わたしは夏休みの間、カナダにいました。
わたし は なつやすみ の あいだ、 カナダ に いました。
I was in Canada during (the entire) summer vacation.
Literally: 'I + は + summer vacation + の + between + Canada + in + was.'

In this sentence, I was in Canada for all of summer. I spent (all of) my summer vacation in Canada. So there is no に after 間.

Now compare that to:

I was not at the dentist's for the entirety of my lunch break. I left work, maybe ate lunch, then brushed my teeth, then went to the dentist, and then went back to work. The action in question only occurred for part of the time in question. So we add a に after 間.

Anyways let's see what else we can scoop out of this example sentence.

In my mind I ended up associating this expression with one of my favorite books: 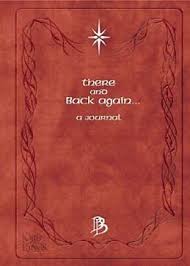 Of course, if you have watched even one anime in your lifetime you must have heard the phrase. I could probably challenge you to find me an anime where it doesn't come up.

Most of the time it's used when you leave home with the implicit meaning that you will return later. But it also works with any place that is a temporary 'home base' like school or work.

Speaking of going and returning, let us also get back to business.

Now this かって is a bit of a tricky word as it has no direct translation.

Let me give an example:

But "selfish" doesn't quite cut it, although being 勝手 does imply being selfish in a way.

The kanji are made up of 勝/かつ/to win and 手/て/hand, so you get 'winning hand'. It does imply you are a person that puts their needs first without considering the trouble this may cause to other people.

In the same way, it's used when you do something that would usually require someone else's permission, like using their stuff.

It's common to hear it used with minor actions of 'selfishness' that aren't that big of a deal, like borrowing your sister's stuff (guilty, your honor, I used to do it all the time). By the way, Niko talked about this phrase a bit in our third-ever lesson: [NDL #3] - Emotional Thai Lady's Japanese.

Now this was easy, right?

I think it's time to gradually increase the level of sentence difficulty.

My senses tell me there's a few explanations necessary here, so:

*When you have free time in Japanese, you just say you're 暇.

*作り置き is another often-heard cooking slang. It refers to food you can make in advance and keep for a good few days.

Well then, I think we're all good on this one so see you next time, and make sure to have good fun with your studies, everyone!