Back in this N5 lesson, we saw that が can function as a contradictory conjunction (i.e. it means "but" or "however" sometimes).

But there are other uses of this particle.

In fact, this lesson covers one of my favorite Japanese grammar points: が as a content marker.

The simplest way to describe this が is to say that it connects two clauses. 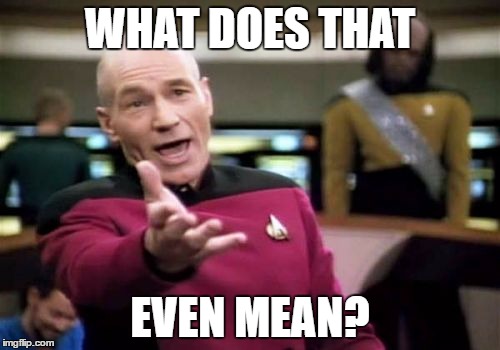 すみません。品川駅へ行きたいんですが、道を教えてくださいませんか。
すみません。 しながわ えき へ いきたい んです が、 みち を おしえて くださいませんか。
Excuse me. I’d like to go to Shinagawa Station. Could you tell me how to get there?
Literally: “excuse me. + Shinagawa Station + へ + want to go + んです + が, + way / path + を + teach / tell (and) + would you not give me + か.”
Note: くださいませんか is a very polite way to say くれませんか, which literally translates to something like "won't you give me?"

First, let's ignore すみません. Hopefully we all know that by now (here it means "excuse me").

And we connect those with が！

But tell me―what, specifically, does this が mean?

You may notice that our English translation is two sentences. Also, it pretty much entirely ignores the existence of が.

So does this mean that が is a meaningless particle that does nothing but connect two clauses?

You know how Japanese people don't like to be very direct, yeah? Consequently, blunt requests also tend to be avoided when possible.

Well, our request in this example, our second clause, does not feel blunt or unexpected because the speaker hinted that it was coming... with が！

This is very hard to explain.

This んです is the same "ん / の of explanation" that I talk about in these two lessons:

An imperfect way to explain it is to say that ん or の is used to mark a sentence as an explanation for something. Just knowing that alone, however, probably won't help you too much in being able to use it.

Mastering the "ん / の of explanation" is done by getting massive amounts of exposure to level-appropriate Japanese. In other words, you have to get a feel for it.

That said, I can give you one secret tip:

If you're connecting two clauses with が and the second of the two clauses is a request of some kind, you should probably use んですが.

In a more casual sentence (which we're not looking at in this lesson), the connector would be んだけど.

Let's look at another example of our clause-connecting が：

When I first went to translate this sentence, I almost wrote this:

Since I went to Spain last month, I’ve fallen in love with wine.

But that just didn't seem right. Imagine that this sentence was said to a listener that did not know the speaker went to Spain last month. In that case, this English would sound a bit out of left field, yeah?

Not so with the Japanese version.

Like we saw earlier, が, in connecting two clauses, also serves to introduce a second clause. So we can write a single sentence with two clauses, then connect the clauses with が.

In the sentence we have here, が is getting translated to "and." Other times it will be translated to "but." And sometimes, like in our first example, it won't get explicitly translated at all. Long story short: it's yet another of those difficult-to-translate grammar points.

This usage of が is extremely common.

Listen for it. If you're getting exposure to Japanese every day, then you will absolutely hear sentences like these.

Here is another example of が being used to introduce a topic of discussion:

More literally, maybe we could have translated that as, "I have something to say about this year's company trip. We have decided that the trip will be to Seoul."

Sounds a little unnatural to me. And yet, the English translation I chose to use does not fully grasp the nuance of the Japanese sentence―because of が！

Now let's get into the really cool part.

We know that が connects two clauses, right? In other words, it's a "content marker" that introduces a second clause.

We also established that it's common to avoid direct confrontation in Japanese culture, right?

Well, we can soften confrontational phrases by leaving our second clause unspoken.

A more literal translation of that would be, "Well, I prefer tea, but..." And then we can guess what the second clause (the clause that が is introducing) might have said.

It's hard to think of a second clause that would gracefully soften our statement of disagreement, don't you think? Well, in Japanese, we don't have to think of that second clause. We can just hint that it exists by using が.

In our English translation, I tried to soften the phrase "I prefer tea" by prefacing it with "You think so?" and "Personally." Too bad we don't have a particle like が in English, yeah?

We can also use が to hint at a request but then leave it unsaid.

Take the first sentence we saw in this lesson, for example.

Imagine that you wanted to ask a random stranger how to get to Shinagawa Station. But you just can't seem to recall how to say "Could you tell me how to get there?" Also, you feel a little uncomfortable asking for directions as it is. I mean, maybe this person doesn't feel like giving you directions.

Just put on your lost puppy face, then end your sentence at が：

That's all for this one.

If you don't quite understand this lesson yet, please read it a few more times. Understanding this usage of が (or けど in more casual sentences) is vital to attaining Japanese fluency.